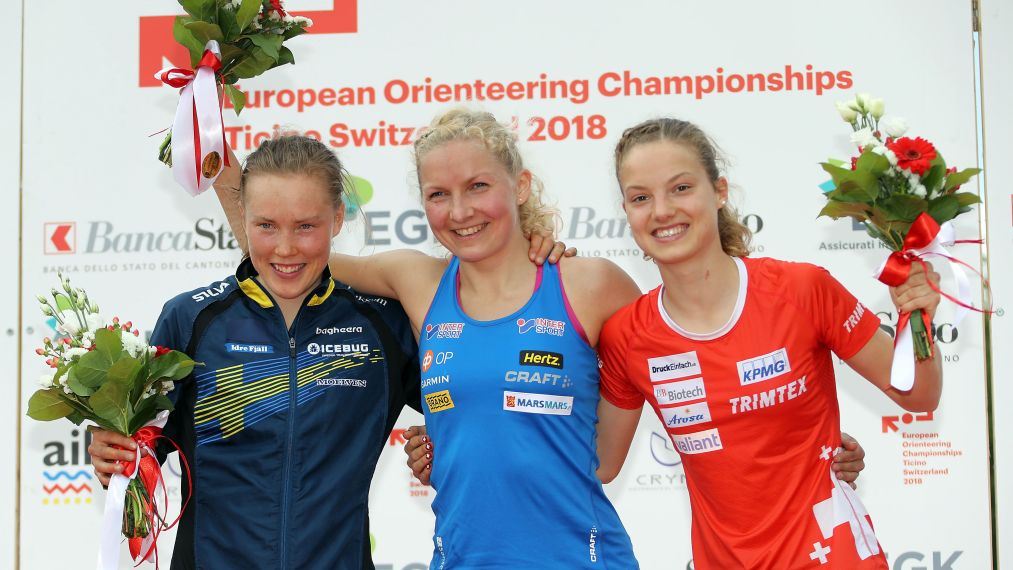 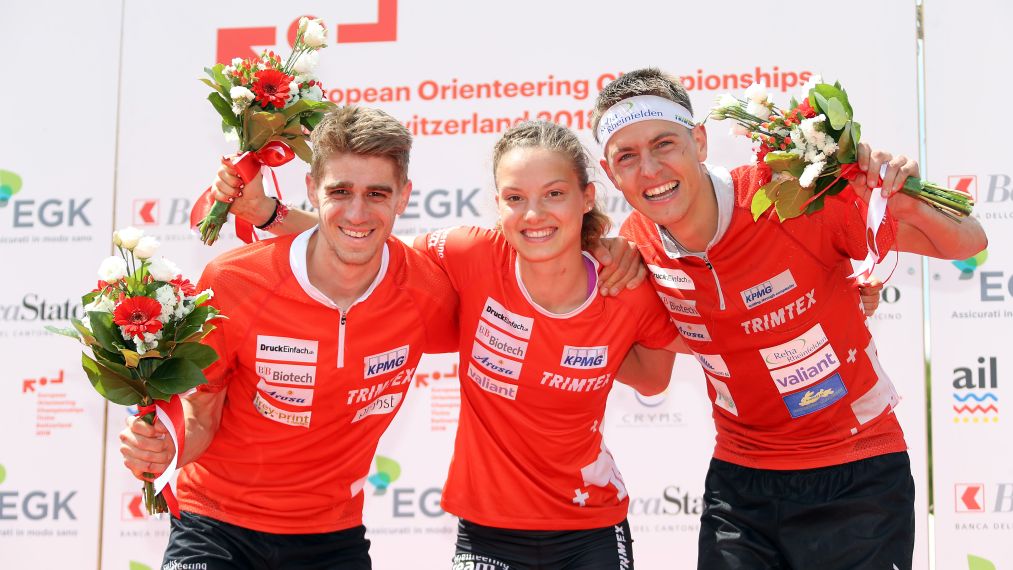 The Swiss Matthias Kyburz also defended the title in the middle distance after having already achieved the same in the sprint on Saturday at the European Orienteering Championships. Marika Teini (Fi) won on the women’s side, which is the first Finnish gold since 2010.

Matthias Kyburz succeeded in having an “almost perfect run” which made him a superior middle distance European Champion. He was speaking of “only 2 small arcs instead of a direct line, and this in this very technically and physically demanding terrain”. He stated that the requirements in “being exceedingly challenged physically and at the same time keeping the technical control was accordingly difficult. Kyburz achieved this with supremacy. The forest and the challenges were exactly what he prepared with the Swiss team, “I found the balance between accelerating where I could and to hold back where it was necessary”.

Florian Howald came in second, 1:10 minutes behind and the runner from Winterthur achieved thus his biggest success. He said that “I had the feeling that I was running well, but the way the fans carried me into finish with their cheers, was very overwhelming”. He, too, banked on the security achieved with the specific preparations in the Swiss team.

On the opposite of all the success stories in the Swiss team stood the disappointed ones, the troubled and injured ones. The winner of a qualifying heat, Fabian Hertner, made an error early on and he was equally disappointed with his 6th place. Daniel Hubmann encountered a parallel error which cost him any medal ambitions. “This seventh place has absolutely no value for me”, he stated. In addition, he fell onto his left hand and had to go for x-rays to the hospital. He was accompanied by Andreas Kyburz, the brother of the new and old European champion and he seemed to be severely injured when stepping into a hole, “I heard a crack and the ligament in the foot is surely torn”.

The women’s race was extremely close. In the finish, the Finnish runner Marika Teini had only an eight second lead to the world’s number 1 Tove Alexandersson (Sd) and 18 seconds to Simona Aebersold. Aebersold, still a junior, decided only at the end of the winter to run on the highest level and give her debut in the elite class. After the two EOC-qualification and the final races which were the first four races on this level, she was quite surprised, “I raced against my models and could fight for the medals with them”. And even more so, the 20-year-old from Brügg had a time-consuming mistake in the last third of the race where she lost one minute.

After the race Aebersold viewed herself as being fourth for a few minutes. Best time was actually run by Julia Gross, but it was then corrected later as the runner from Zurich neglected in the rush to punch a control. It is also possible that the two top medalists payed dearly for the success: Marika Teini as well as Tove Alexandersson limped on one leg onto the podium. Their subsequent races are very doubtful because of turned ankles.