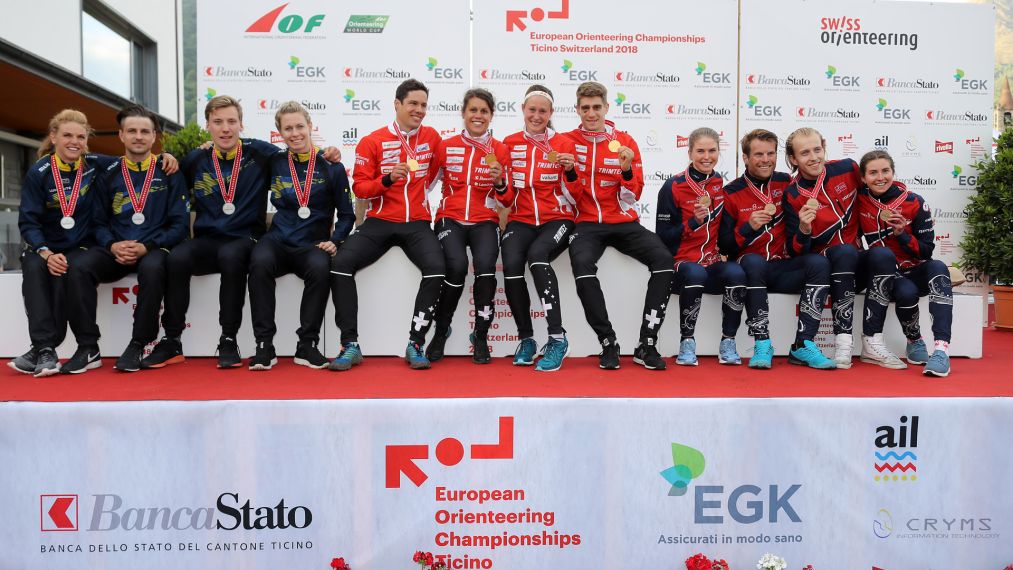 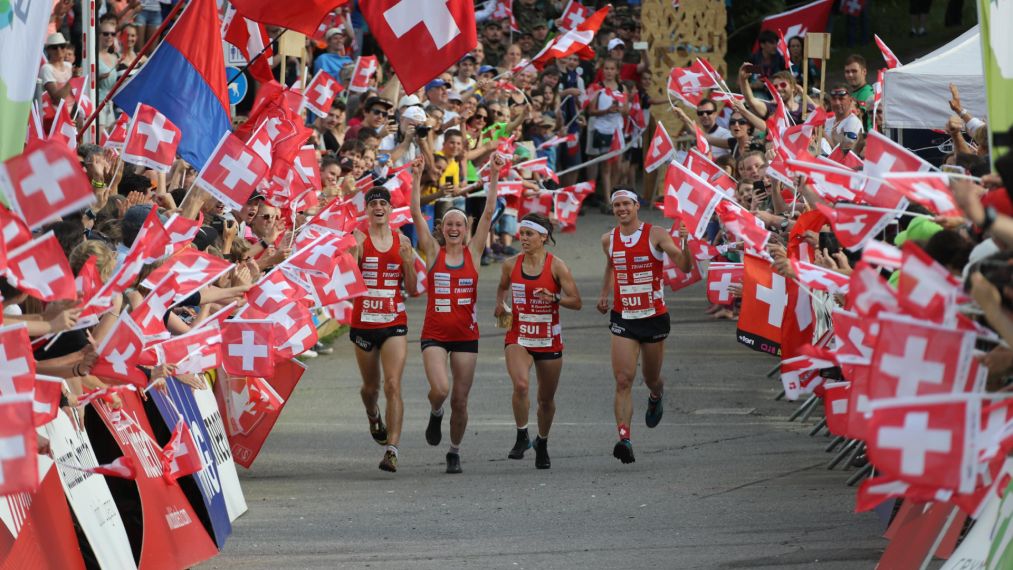 After Switzerland winning both titles in the men’s sprint and middle distance, the sprint relay at the European Orienteering Championships went also to the home team. It was mostly a powerful demonstration on the women’s side.

Judith Wyder showed an apparent joy and calmness in the sprint in Mendrisio. There, only 5 months after giving birth to her daughter, she won the silver medal. And exactly this radiance the almost 30-year old also showed on the first leg of the sprint relay. Immediately, she detached herself from her competitors and gained a 55 minute-lead in a quarter-hour-race in the narrow alleyways with angles and back courtyards. Wyder analysed, “I was amazed that I was in the lead that early on and happily I could deal with the situation”.

A preliminary decision had happened: on the two men’s legs, Florian Howald and Martin Hubmann ran well, the last one despite a painful impact with a wall. Elena Roos defended the position on the last leg in a commanding way running best time. However, as convincing as she did this, as nervous she felt before the race. She remembered her mistake in the sprint and more-so felt her own expectations and the ones from the public. “I can only lose”, went through her head. However, she told herself that she was going to do this sprint only for herself and thus recovered the necessary calmness needed to run the best time on her leg.

The Swiss finally won with a lead of 1:12 minutes to Sweden and 3:10 to Norway. The Czech Republic and Austria missed the podium only by 6 and 10 seconds respectively.